Its almost unbelievable that being gay was considered crime until 1997 and as a mental illness in China, and only in 2001 that they took it off the list. China is known for being almost crime-free due to the absence of guns, and no homophobic-related crimes have been heard of especially in recent years. Fast forward to 2018, Shenzhen is no exception, as it is a city bustling with life and thousands of establishments catered for foreigners and Chinese alike. Since it’s an industrial city, people from all over China and all over the world come here to do business or work, and sometimes pleasure. 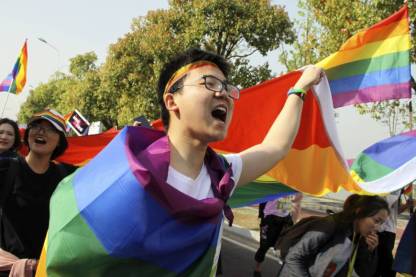 Gay-friendly venues aren’t hard to find around the city, especially in Nanshan and Futian, although some are also found in the Luohu area. Much like Beijing, Shanghai, and Guangzhou, the Shenzhen gay scene is alive and well, but not too active at the moment. Places like health saunas for gay people are not very popular and are often given negative reviews for being unsafe and unsanitary. I would recommend going to Hong Kong instead if you fancy these places. Gay bars are often boring, with the people flocking to the stage when the male dancers come out, then go back to their seats after the show. Unless it’s a special theme night with a sponsoring group and special shows, men would just usually sit around talking and bobbing their head to the music occasionally. 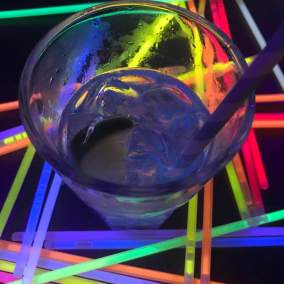 In my honest opinion, I’ve had better experiences visiting gay-friendly bars and mingling with both locals and foreigners who are surprisingly friendly. I particularly like  O-Garden, Bang Club and Pepper in Coco Park, because of the friendly atmosphere and the lively music. O-Garden plays some deep house tunes which you can shake your booty too and sometimes sing along with as well. Their music isn’t too loud, which is good because you can actually have a conversation while drinking. It’s not fist-pumping music, but it’s great when you just wanna shake a little bit and feel sexy. They have theme nights as well, and the staff is friendly and some of them can speak English. Pepper club plays more of the current popular music, as with most bars in the city. It has a decent dance floor, and some popular local and international DJ acts have performed there. Bang Club has three theme nights per week, a mix of 70’s, 80’s and 90’s music every Monday night for the nostalgic. Wednesdays are Latin music nights, and Thursdays are Latin, Caribbean and African music.

There are other bars you’d pass by as you walk through this area, like Baron, EDEN, Mojo, and Sicilia. I would dare say I haven’t been to a bar in this area that wasn’t gay-friendly, so you’re safe to patronize any of these establishments. Do watch out for special theme nights for the LGBT community. Yes, Shenzhen has an active LGBT community. Although the active Saturgays group have recently halted activities, the people behind it continue to come up with LGBT parties and fun gatherings. Shenzhen also has Pandora Parties, an LGBT-friendly party group which has recently celebrated its three years of bringing people from all walks of life together in the form of private house parties, private hotel parties, pool parties, and other special events, in which everyone is welcome.

Shekou and Luohu also have their line-up of gay-friendly places. Crazy bar has been well-known for a good 10 years, O-nana is one of the more popular venues for special themed gay parties, of course since it is a gay bar with some of the sexiest and raunchiest Chinese male dancers who perform every night. Then there’s Lili Marleen just below KK Mall, which boasts of loud and popular new music and a line-up of fine local DJ’s. Muse bar, or more popularly known as S-Muse is also gay-friendly, along with Papaya and M1 bar, which plays popular current EDM and offers free drinks to foreigners all night.

The continuing support and efforts of foreigners and locals alike have made it possible for gay men to enjoy being themselves in this city without fear of prejudice. China is moving forward and maturing into an open-minded and accepting country slowly but surely.

Though this isn’t much of a review but rather a summary of the gay-friendly locations, I hope that you enjoyed reading it nonetheless. I’m looking forward to more activities and events in the LGBT community here in Shenzhen. 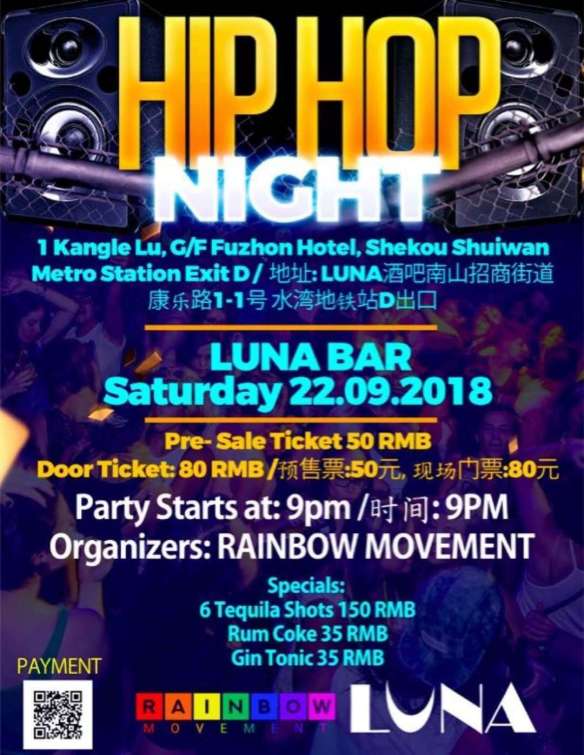