Hello Lalas, I’m back and with my return, I bring a topic that may be controversial for some people but I want to open the dialogue within the community because I feel that the purpose of Representation and visualization has been diverted.

Let’s start with Scarlett Johansson, maybe everyone by listening to the name we can know who she is and what movies she has been in, which are not only Marvel movies, she is a US actress, she is the best-paid actress in Hollywood with a career in More than 20 years, not only is she a veteran in the world of acting, she is someone who has training in dance and singing, she has won 1 British Academy Film Award, 4 Film Critics Awards, 1 Gotham Independent Film Award, 1 Tony Award and others . Scarlett is also a recognized activist who has supported movements such as #Metoo, is also a recognized Feminist in favor of the equal rights of women.

Now, why have I decided to make a brief introduction about Scarlett?

You probably know that Scarlett, originally, was chosen to play the role of Dante “Tex” Grill, in “Rub & Tug”, a transsexual man from the United States who was not only a Gangster, he also owned a massage parlor and died in the jail.

The news that Scarlett was chosen to interpret, in a biographical film, a transsexual man was not well received by the community. Why? Scarlett is a woman and is heterosexual, it is not the first time that she is involved in the controversy since previously it happened with her movie “Ghost in the Shell” even though in the original comic the character is a robot that is not specified to have Asian features and besides everything is internationally known that Japanese cartoons and sleeves represent their characters with non-Asian characteristics, returning to the topic the community of transsexuals has raised its voice regarding the few opportunities for transsexual people to have leading roles in movies . 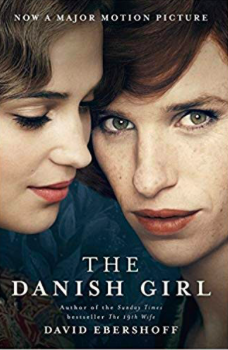 The answer is NO, and for me, it is a resounding NO because then this is a thing called “Paradox”. Gay men and women should be able to play roles based on their talent and not their sexual orientation and another question. Does not the LGBT community deserve + movies with quality performances? For me, the answer is Yes.

To talk about this I will give the example of the following: Eddie Redmayne, heterosexual, I interpret a transsexual woman in the movie “The Danish Girl”, Jaret Leto, straight and Oscar winner, I play a transsexual woman in “Dallas Buyer Club” , both actors gave quality performances that not only earned them the applause of the public but awards for the quality of their work, now let’s talk about the opposite Neil Patrick Harris, openly homosexual, is a well-known actor who has played mostly roles of heterosexual characters and what is his acting talent what has led him to be in different plays and musicals as well as being the host of the Emmys Awards and Academy Awards and is one of the 100 most influential people in the world of entertainment.

What is the problem with Scarlett then ?, I personally do not see any problem, is a quality actress, recognized and that would have given much more visualization and representation to a topic that is still making its way, as Heath Ledger did in Brokeback Mountain.

Now, let’s learn a little about the most popular Lala, at the moment, in the world: Ruby Rose. 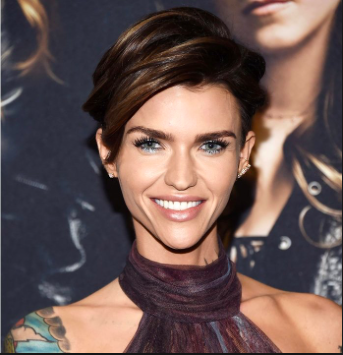 His career has been short and with little presence to show his acting ability, personally, I think he is a person who does not stop being the eternal model beautiful, with tattoos and sexually fluid but maybe it is because he has not yet reached the role that Allows showing your acting ability. Why do I talk about Ruby Rose?

Ruby Rose has been chosen to be Batwoman, iconic character in DC comics, openly lesbian and badass, the series belongs to The CW who is already known for its different series based on DC Comics characters.

Here I will give my personal opinion, not as an expert in film that I am not, but as a great fan of comics that I have been since I was very small: Ruby Rose is beautiful, I do not know her but surely it must be super fun hanging out with her but she is not a good actress and her flat way of interpreting in each movie or series that I have seen has left me with a bad taste in the mouth as to how Batwoman will perform and it is here where I think we are sacrificing acting quality.

There is a huge list of openly LGBT + actresses who have acting quality but there are also a lot of acting heterosexual actresses who could represent Batwoman and make it iconic (Xena of Lucy, anyone?)

Anyway! This is my opinion, let me know what you think by leaving a comment. Follow our blog and as they say out there